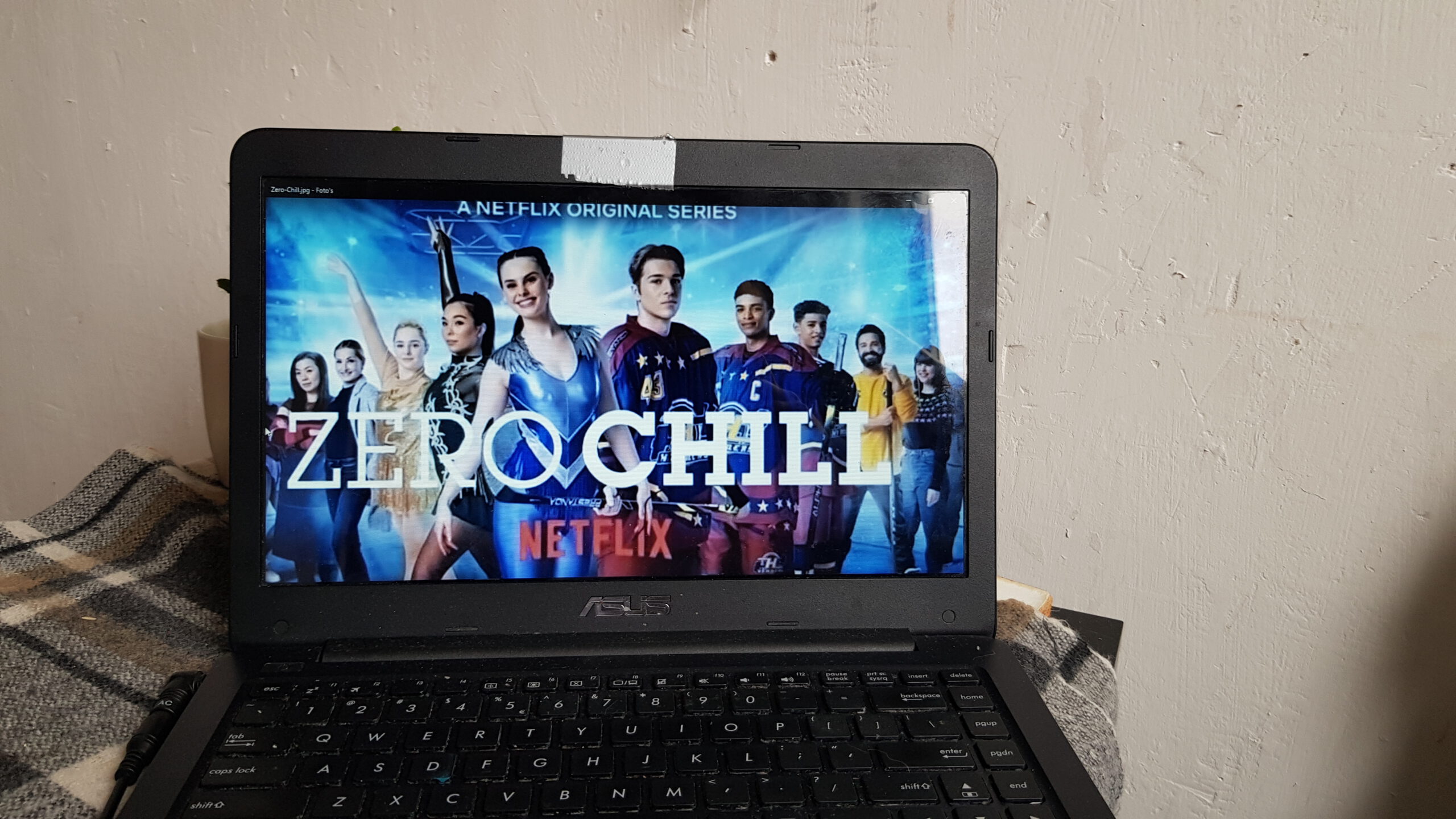 The family MacBentley is moving from Canada to England because Mac who plays ice hockey is going to play for a bigger team. His sister Kayla loves to figure skate, but when they have to move, she had to say goodbye to her figure skate partner and she is afraid she will never find a great partner again. A lot of things are happening while they try to adjust to their new friend and environment.

Okay, this is definitely a show for teens. I think that older people/adults wouldn’t really enjoy this series that much. I know, because I didn’t. But I am trying to write this review anyway to give my honest opinion.

There once was this Netflix series called ‘Greenhouse Academy’ and it was made for teens. I accidentally watched that series one time and I got the same vibes from Zero chill. But I also got those ‘Spinning out‘ vibes. Spinning out was one of those series that came out in January 2020. That series was also about figure skating, but the real reason I was comparing this to Spinning out was that Kayla kind of looks like the figure skating from Spinning out.

This series is about Kayla who loves figure skating and Mac who likes Ice hockey but the storyline that was really interesting was actually Ava’s story. She is a figure skater and her mom is teaching and pushing her a lot. While Ava just wants to play ice hockey. Her dad is way too busy to notice and her mom is just pushing her to be the best figure skating. So in my opinion that was the best storyline.
I also have to laugh a bit. I know you can make up a lot of stuff because it is just a series. But this wasn’t really realistic. So far as I know ice hockey isn’t that big here in Europe but it is a huge sport in the USA and Canada. So seeing them moving from Canada to England to play ice hockey was kind of funny. Also, apparently, they don’t have to go to school? Another thing was they didn’t really speak English, it was more American-English and English with a Swedish accent.

It was definitely a drama series, because Kayla and Mac were so dramatic, especially at the beginning. Kayla was constantly complaining she had to move for her brother’s career and at the same time Mac was constantly saying that it is not all about her. Which was strange because they all actually moved to England so he could play ice hockey. Being dramatic runs in the family I guess.
The acting wasn’t that great but I think younger teens wouldn’t really care. I know I didn’t care when I was a teen, I just wanted to watch something on tv.

Would I watch another season of it? No, because it wasn’t really my cup of tea. But I think young teenagers will like this. Especially when they liked The Greenhouse academy.