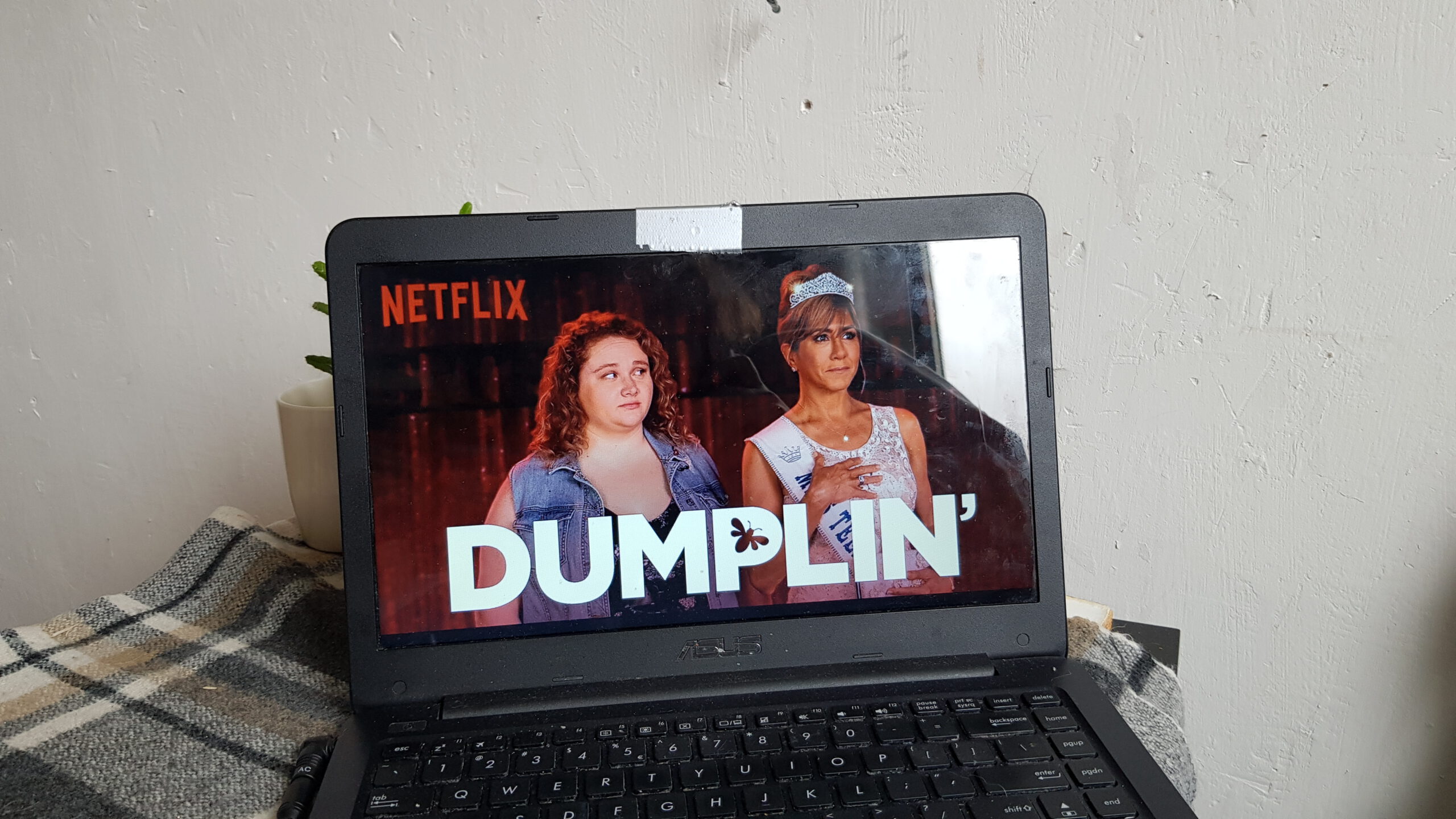 Willowdean was raised by her aunt because her real mom was too busy with pageant shows. Willowdeans mom used to be a miss and now she is helping other girls to become a miss. But that means she is never really home. Willowdean was always having fun and having Dolly Parton parties with her aunt until she dies. One day she finds out that her aunt wanted to become a miss and that is why she also decides to compete, to start a revolution. Because not only skinny blonde girls can be a miss.

This movie came out in 2018, so 3 years ago on Netflix. But I finally decided to watch it, because apparently there are still tons of Netflix original movies I haven’t seen yet. And Dumplin was one of them.

The message was clear: You should love yourself for who you are. And that is so true, no matter how you look or what you like to do, don’t change that. And it was a beautiful movie. It was not really comedy since I didn’t really laugh during the movie, but it made me smile. This is one of those movies that can make you feel good! Because it made me feel good about myself.

I found Willowdeans mom a bit annoying because she knew that Willowdeans hated to be called Dumplin, but still she did it. I think that was one of the reasons why Willowdean thought her mom didn’t like her that much. And she also thought that her mom liked the other misses better than her, she was never really there for her. But thankfully she developed as a person and became a better mom.

“Find out who you are and do it on purpose” is one of the Dolly Parton quotes and I just love that one. When you find out what you like and who you really are, you should do it for the full 100% and you shouldn’t hide who you really are. Stop caring what other people are saying and just follow your heart. I thought that was really beautiful. This is a great feel-good movie to watch with your friends.