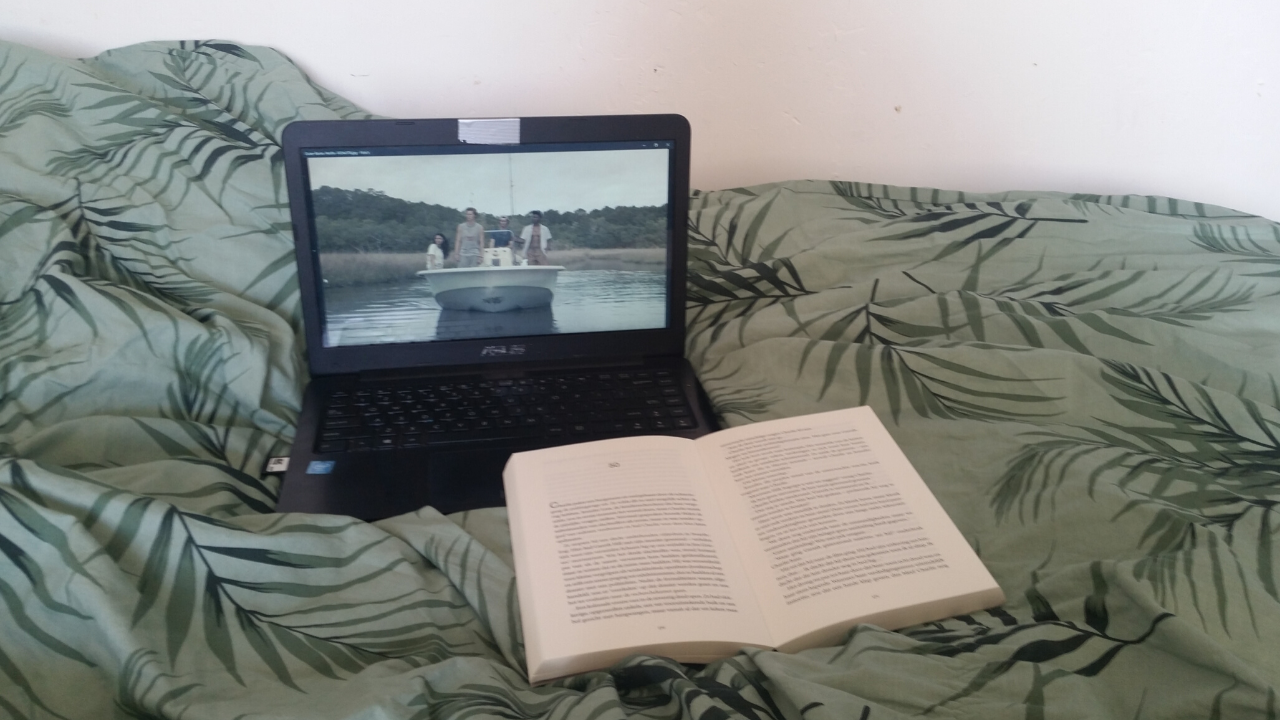 Outer banks is the place where you either have 2 jobs or 2 houses. John B and his friends, Kiara, Pope, and JJ are ready for the summer. They all want to have the best summer ever. But after a storm they find out that there is some gold hidden on the island. John B and his friends really want to find this gold because they don’t want to live on the poor side of the Island any longer. But for John B there is another reason because his dad was also looking for the gold.

But they are not the only ones who are looking for the gold.

I wanted to watch this series because it looked fun. Just another series about teens who are living their best lives. And this series was fun to watch but there are a few things I didn’t like

I start with the positive things about this series. It is a great series when you want to watch something fun. Like, don’t expect something award winning or something. Watch this when you are in the mood for another teenager’s stories. Sometimes I am in that kind of mood. That was the reason why I wanted to see this.

I liked the idea of the plot. I mean, teenagers who are treasure hunting is pretty cool and it is not just about a small treasure it is about 400K dollar. But of course, there are a lot of obstacles, which makes it more interesting to watch. The whole idea is great but I had this feeling that there was something wrong with it.

But maybe it was just the annoying teens. At the beginning they are fine and I liked the characters. They were interesting. But in the last few episodes, they were making a lot of dumb mistakes and they were a little bit annoying. But I have to say they are pretty good actors. Maybe I just forgot what it is like to be a teenager. I was probably annoying too. But they just didn’t listen to each other in this series. Let’s listen to someone before you say something.

I just found out that there will be a season 2, which is a surprise because I didn’t expect another season. There was an ending. So I think that Netflix was just waiting to see how people would like this series before they started to plan another season. Because I don’t have any questions. I know where John B and Sarah are. I know where the gold is.

But back to this season. I think it was a decent show. I really liked the beginning of this series and the plot is promising. So will I give season 2 a chance? Yes! I want to know what is going to happen. But I really hope that the teens will be older and wiser in the second season.

Besides this series brought me to an island for a few hours while in quarantine. It is a great series when you want to escape the real world for 10 hours.

One last thing: the cast is too old for these roles. They all have to be 16/17 years old but they look and are so much older than that. Chase Stokes who portrays John B is actually 27 years old in real life. That is 10 years older!

Have you seen Outer Banks yet?

Maybe you are also interested in:
The chilling adventures of Sabrina season 1
Locke and Key season 1