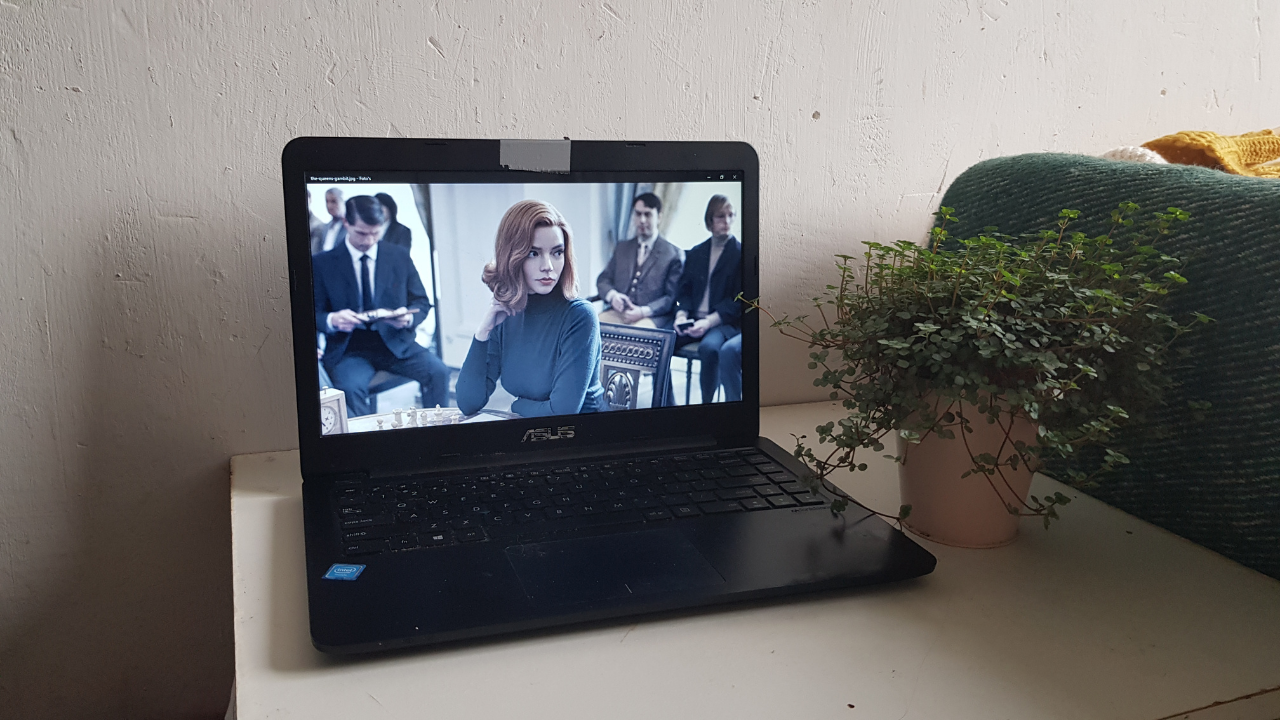 Eight-year-old orphan Beth Harmon is quiet, sullen, and by all appearances unremarkable. That is until she plays her first game of chess. Her senses grow sharper, her thinking clearer, and for the first time in her life, she feels herself fully in control. By the age of sixteen, she’s competing for the U.S. Open championship. But as Beth hones her skills on the professional circuit, the stakes get higher, her isolation grows more frightening, and the thought of escape becomes all the more tempting.

If you asked me a few months ago that I would watch a Netflix series about a girl playing chess, I would have laughed. But last Friday I logged in on Netflix and the first thing I saw was this trailer for the Queen’s Gambit. And it looked really good. So I thought: why not… and started to watch it.

And I was hooked from the first episode. I thought a series about chess couldn’t be interesting but this series proves it otherwise. It was interesting. Almost every minute they were talking about chess and it wasn’t even boring. I’ve never played chess in my life. I don’t know any rules or how the game works but it was still interesting to watch.

You are really rooting for Beth. Not because she is just a young girl who plays really great. But she has something special. Her whole life story is interesting. Her mom died and she was an orphan. In the house for orphans, she met Mr. Shaibel. And I think their relationship was special. They didn’t talk much, but he was the one who taught her how to play chess. And he saw how special she was.

Beth lost herself for a while. She was drinking, smoking, and taking pills but her friends helped her. Those are the best friends. They showed her she can do this without any drugs.

So for a moment, I thought Benny looked very familiar, apparently, he is Thomas Brodie-Sangster. You know the guy from the movie ‘love actually’, ‘Nanny Mcphee’ and ‘the maze runner’. I didn’t recognize him at first because he had facial hair but it is really him.

Even when you think this series isn’t for you because you don’t play chess, just try it. I gave it a chance and I liked it.

Not sure if there will be a season two. This was already a mini-series with 7 episodes and it felt like it had an ending.