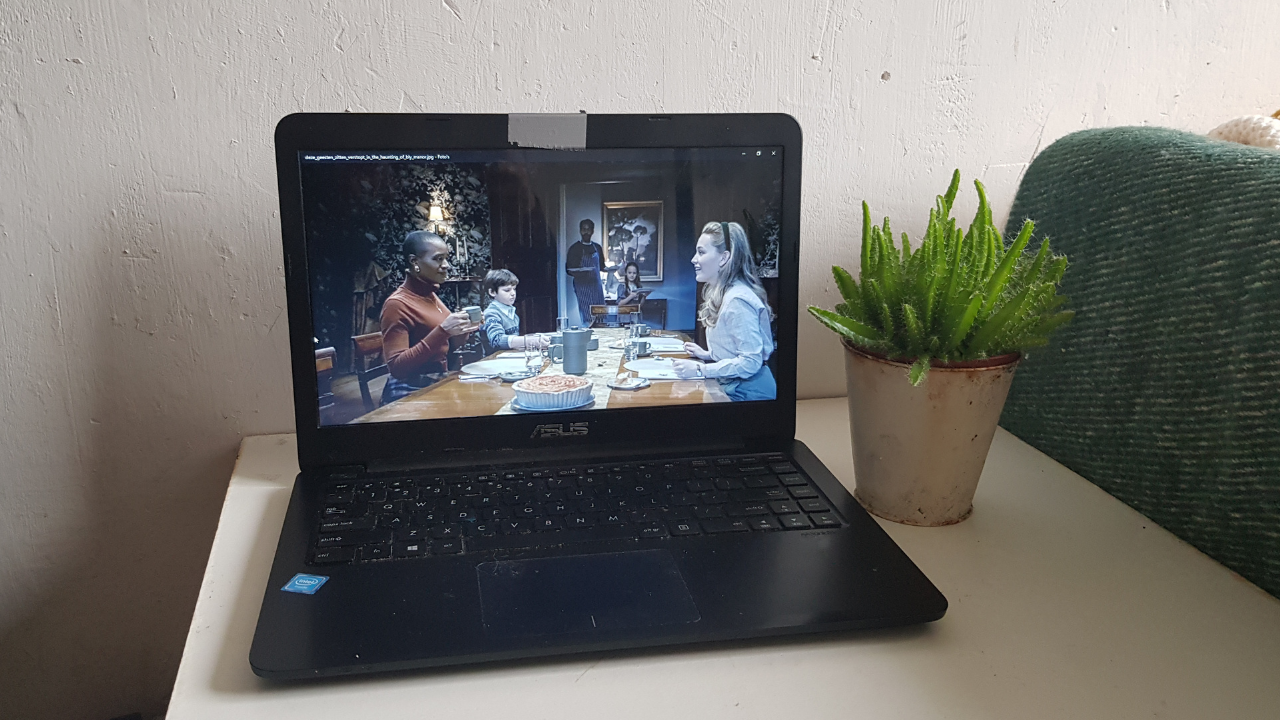 The haunting of bly manor

After an au pair’s tragic death, Henry hires a young American nanny to care for his orphaned niece and nephew who reside at Bly Manor with the chef Owen, groundskeeper Jamie and housekeeper, Mrs. Grose.

Apparently, there is another series called ‘The haunting of Hill House’ but you don’t have to watch that series before you start watching this one.

I started to watch this series because I was expecting something creepy/scary. It is almost Halloween and I wanted to watch more scary things on Netflix. This is definitely not the scariest thing ever. An older woman tells the creepy story after a wedding rehearsal about Flora and Miles. One woman mentioned (in the last episode) it was more a love story and she was right. It wasn’t really that scary. There were a couple of ghosts at Bly manor and weird stuff was happening but it wasn’t scary at all.

Maybe this series is perfect for everyone who really hates horror movies/series but still wants to watch something ‘darker’. For true horror fans, this isn’t the perfect series for you I believe.
This series started, really slow. And yes, at some points it really felt more like a love story rather than a horror story.

There were also a couple of moments that were super confusing. You can’t watch this if you are doing something else at the same time. There are flashbacks and you really have to pay attention.

I’ve heard that the first series ‘The Haunting of hill house’ is scarier and better. I haven’t seen it yet, so I can’t give you my opinion about this. I can only give my opinion about Bly Manor. It was a great series, sometimes a bit confusing. I really had to pay attention but it wasn’t too bad. It is well-executed. The creator/director has an eye for details. But it is not the best thing I’ve ever seen. To be honest I didn’t like Flora and Miles. Miles was super annoying, all though it makes sense later why he was behaving like that. Flora used ‘perfectly splendid’ way too often. I just can’t hear it anymore.

This series was not bad, but not great either. Don’t expect something super scary. It is just a series about a haunting house. Nobody is getting slaughtered.