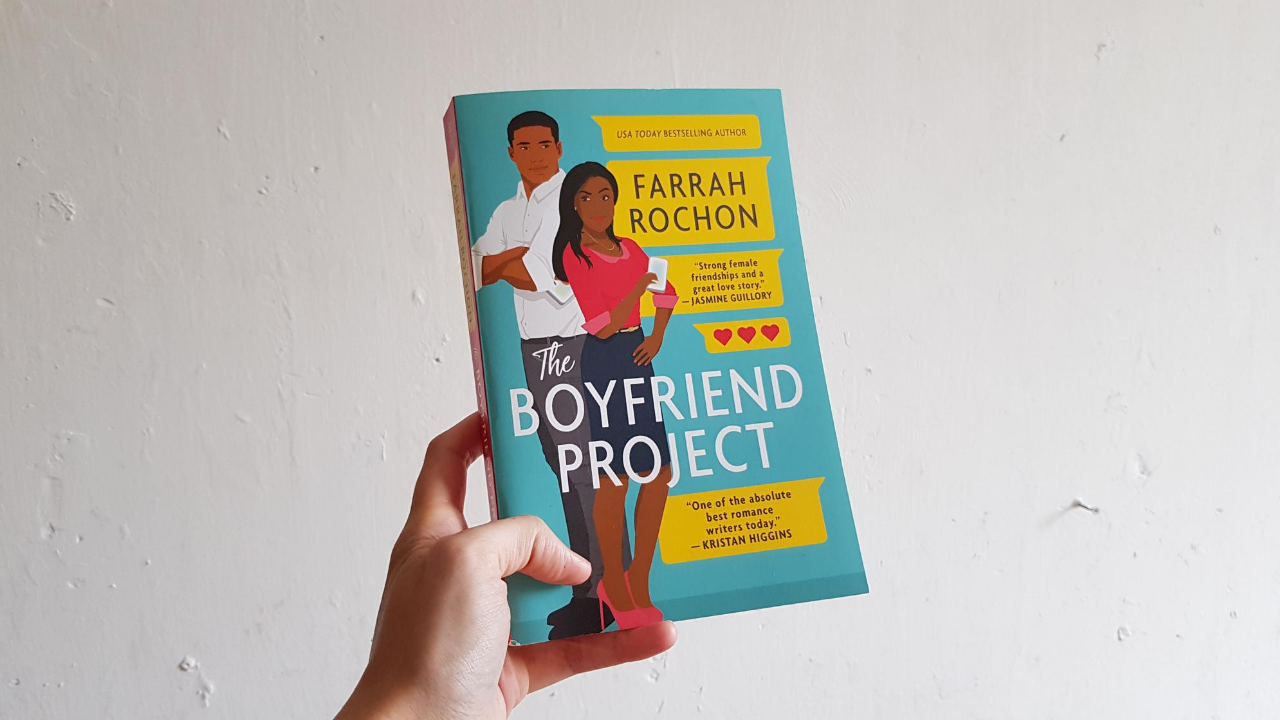 View this book on Amazon or Book Depository

Samiah Brooks never thought she would be “that” girl. But a live tweet of a horrific date just revealed the painful truth: she’s been catfished by a three-timing jerk of a boyfriend. Suddenly Samiah — along with his two other “girlfriends,” London and Taylor — have gone viral online. Now the three new besties are making a pact to spend the next six months investing in themselves. No men and no dating.
For once Samiah is putting herself first, and that includes finally developing the app she’s always dreamed of creating. Which is the exact moment she meets the deliciously sexy Daniel Collins at work. What are the chances? But is Daniel really boyfriend material or is he maybe just a little too good to be true?

Samiah is dating a guy and she thinks he is great until she finds out on Twitter that he has been cheating on her with other girls. She caught him at the restaurant with another girl. And another woman also shows ups after reading the tweets and it turns out he was dating her too. And that is how their relationship begins. But the part at the restaurant and how they become friends is amazing. I loved reading that part. It was funny and beautifully written.

They all agree that they want to work on themselves for the next few months. So they decide that they are going to do things for themselves from now on and no dating.
Samiah wants to work on her app, so the next few months her focus will be on her app. Except it isn’t. Her focus on the new guy in the office. The thing is she doesn’t want to date a new guy, especially not now. But is Daniel someone she can trust? Or is he hiding something?

And he was definitely hiding something. I wish he had told her the truth, but he didn’t. Of course he couldn’t because that was his job. Undercover means that you can nobody the truth. And I kind of felt sorry for him, because he was really struggling a lot with that. But the fact I was feeling sad about that, shows how great the book is written.

The book is written from Samiah’s and Daniel’s perspective so you know how they feel about their situation. They both are not in the best situation for starting a new relationship but love is stronger than everything. Love always wins.

It was a great decision to read this book. It was super cute, romantic and it just gave me that happy feeling.

Samiah is a black woman and the author really shows how hard it can be (or is) to be a black woman working in STEM fields. She has to work harder than everyone else. Because all eyes are on her. I liked Samiah’s attitude. Sure it is hard. But she is also a very powerful woman. The way she talked to her ex in that restaurant. Or the way she handled it in the week after that video went viral.

Daniel is biracial and he knows how she feels, working in an industry dominated by white male people. I really liked the diversity in this book. It is good for people to read things from a different perspective. That is also one of the reasons why I am reading more books from black / Asian authors.