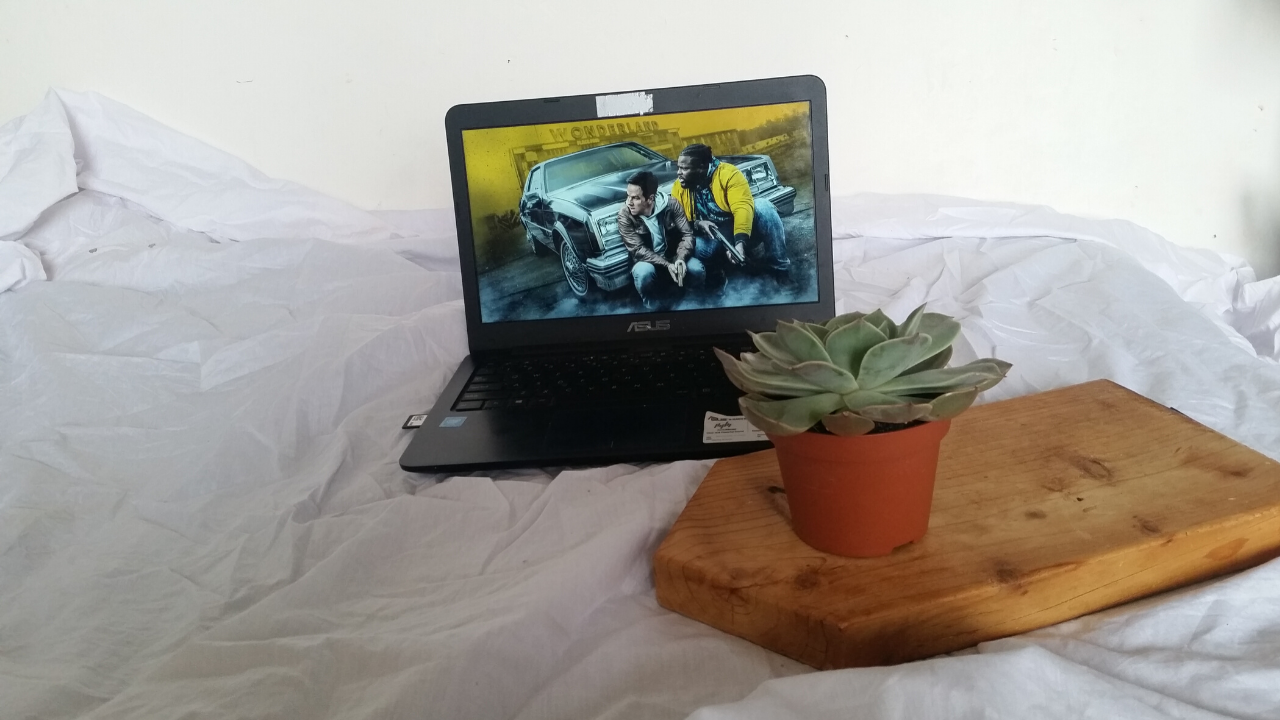 Spenser is an ex-cop and he was in jail for five years for assaulting his boss. On the first day of freedom, his boss gets murdered and they immediately suspect him because Spenser really hated him. But Spenser has an alibi. Not many hours later, another cop gets murdered and now Spenser wants to find out who and why they did it. Together with his roommate Hawk, they want to catch these murderers.

Mark Wahlberg is a well-known actor but I just realized that I’ve only seen two of his movies: Daddy’s Home 1 & 2. Pretty shocking, isn’t it? But when I saw this trailer on Netflix, I had this feeling that this was going to be a great film. Sometimes Netflix CAN make great movies, you know. They aren’t all bad.

And this movie is a good one! It’s been a while since I’ve watched Action/crime movies but I really think that Netflix did a great job making this movie. It built up very nice and I think the three men: Spenser, Hawk and Henry are great together. And the actor who plays Henry is already 85 years old in real life! He looks really great for his age. Isn’t it amazing that he still doing this at this age?

One person who annoyed me, especially in the first part of this movie, was the ex of Spenser, Cissy. Fun fact: she also played a role in the same movie as Mark before, in Instant family. But I don’t know maybe she is a good actress because I didn’t like her vibe in the first half of this movie. But she really annoyed me. I liked her at the end though.

Why you should read my reviews on my blog? Because at the end of each review I always write who will like the movie(or book).

If you like Mark Wahlberg and action movies mixed with a little bit of humour, then go watch it.

What is your favorite movie with Mark Wahlberg?