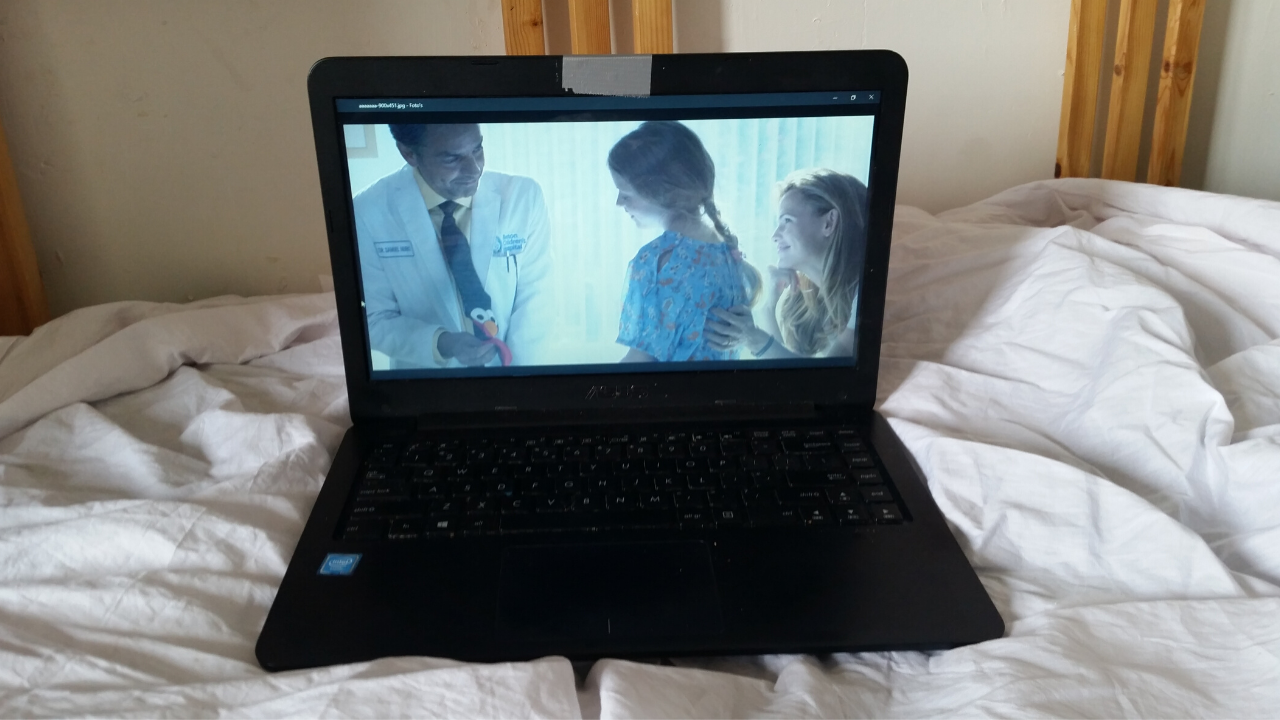 About ‘Miracle from heaven’

Miracle from heaven is based on a true story of Anna Beam, She is just 10 years old when she gets sick. After a bbq party, she has to throw up. At first, her parents think that she ate something wrong. But after weeks seeing a lot of doctors, she finally gets diagnosed. Her stomach is twisted and can’t digest any food. Her only hope is a really great doctor in Boston but he has a waiting list of almost a year. They are not sure if Anna will live that long, but suddenly she gets the call that she can come to see the doctor. And everyone is working really hard to make Anna healthy again.

The reason why I wanted to see this movie is Martin Henderson. I recently watched the Netflix series VIrigin river and I wanted to see the rest of his movies/series. I found out that he used to be in Greys Anatomy too. And a couple of years he played the role of Kevin Beam (the father of Anna) in this movie.

But of course, everything is about Anna in this movie. She loves to play football, loves to read, and wants to go to Paris one day. She is just a normal kid until she gets sick. The lives of the Beam family is suddenly completely different. But I also saw a lot of love in this family, no matter how hard it was.
Anna’s mother, Christy, doesn’t understand why her kid got so sick. She used to go to church, but now she wonders if God is real.

But wow, what a movie. And this is based on a true story. This movie is really a rollercoaster. There is a lot of sadness, but also hope and love. This story is very special. And I didn’t see that ending coming. Of course, I had this feeling that everything would be okay in the end because the movie is called ‘Miracle from heaven.’ Even a couple of days after watching this movie, I am still thinking about this. And how special this story is. Miracles really happen every single day, but you have to open your eyes to see it. And of course, you have to believe that it is possible. This also reminds me a little bit of the documentary ‘Heal.

And wow, Kylie Rogers played the role of Anna very well. It was so believable. I can imagine how hard it was to pretend that you are in a lot of pain, especially when you don’t know what it really feels like. Kylie is only 16 years old and her career so far is very impressive.

Do you like a movie that is based on a true story and do you want to see something very special? Then watch this movie!