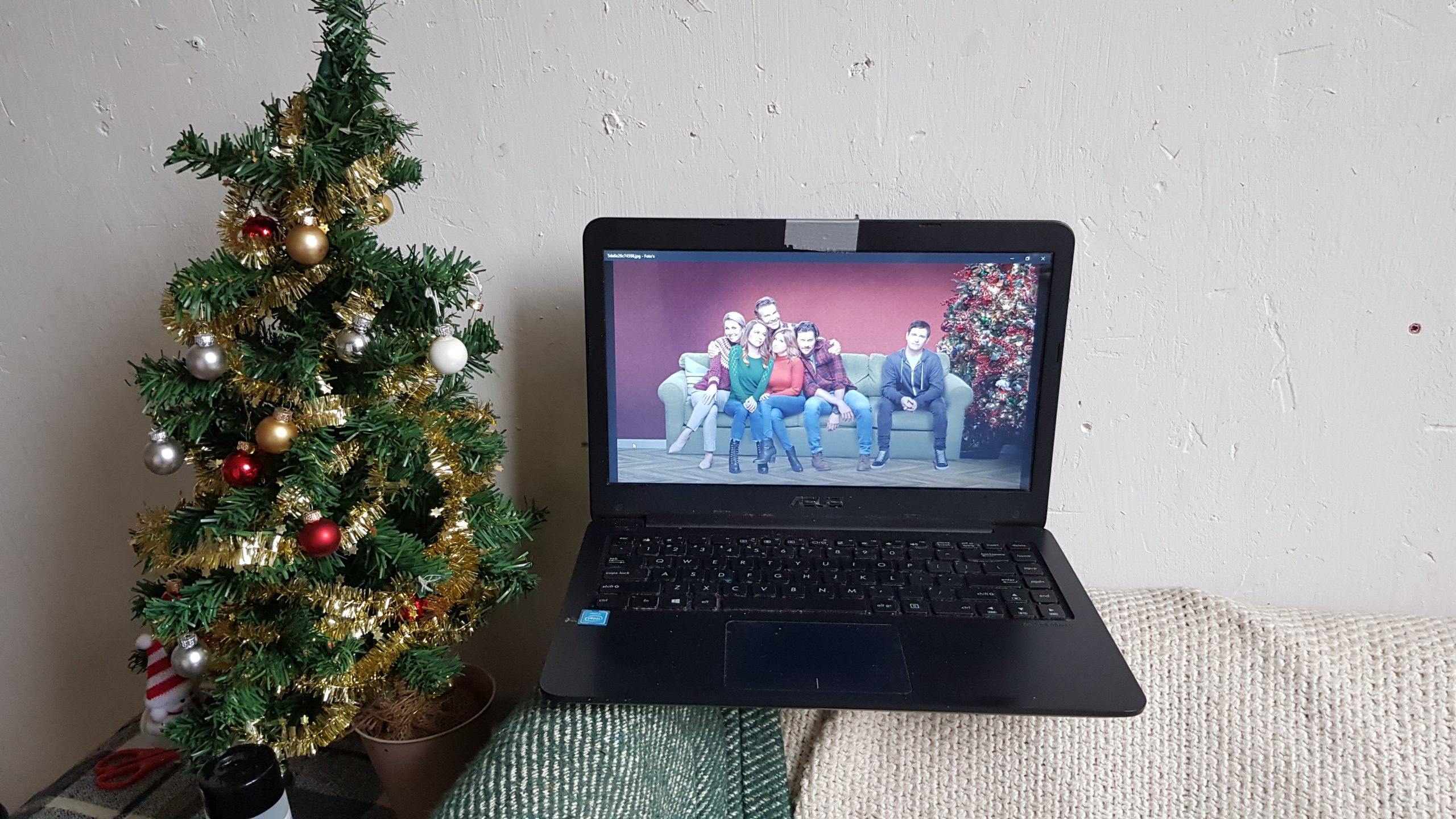 A strong-willed patriarch must balance the demands of his complicated family with the stress of the Christmas season when his youngest daughter comes home for the holidays with a new boyfriend.

So this series came out last year but I still hadn’t seen it yet. This year I decided to watch it. I watched the trailer last year, but then I wasn’t really convinced to watch it. But I guess I was really bored this time and I had nothing else to watch.

In Merry Happy whatever it is all about the Quinns. Don Quinn, the father of the Quinns, only accept the Quinns way. And right from the start, he was basically very mean to Matt who came with his girlfriend Emmy Quinn. She already prepared him for her dad, but that wasn’t enough. Matt can do nothing right in the eyes of Don. But Matt isn’t alone. Todd and Joy are inlaws and they have a group together. Without each other they can’t survive it. They meet behind the backs of the Quinns. They meet at the bar and discuss everything that is bothering them.

So Merry Happy Whatever is an American Christmas sitcom. Not the best sitcom I’ve ever seen but it was just allright. It was definitely about christmas, so that is a plus. But I was expecting more funny jokes. I laughed a couple of times but not a lot.

I kind of hated Don because he was so hard on Matt, Todd and Joy. Not very friendly. I know that was the point of this series but still. In real-life nobody would have liked or laughed about Don Quinn because he only likes Quinns or the Quinns way.

I feel like Todd, Joy, Emmy, Matt and Kayla were the only normal people in this show. I could relate to them a little. I was feeling for Kayla (Ashley Tisdale) though. She could only tell Matt that she had feelings for women and not men. And that was really bothering her.

Okay, I laughed once or twice but that is it. Would I watch it again? Probably not. But luckily this was just one season. I’ve seen better sitcoms. And now I also remember why I didn’t want to watch it last year. It wasn’t really funny. I see mixed reviews on IMDB, so maybe you will like it. Just try one episode. I think everyone is different and everyone has their own opinion. Some people will like this, other don’t.