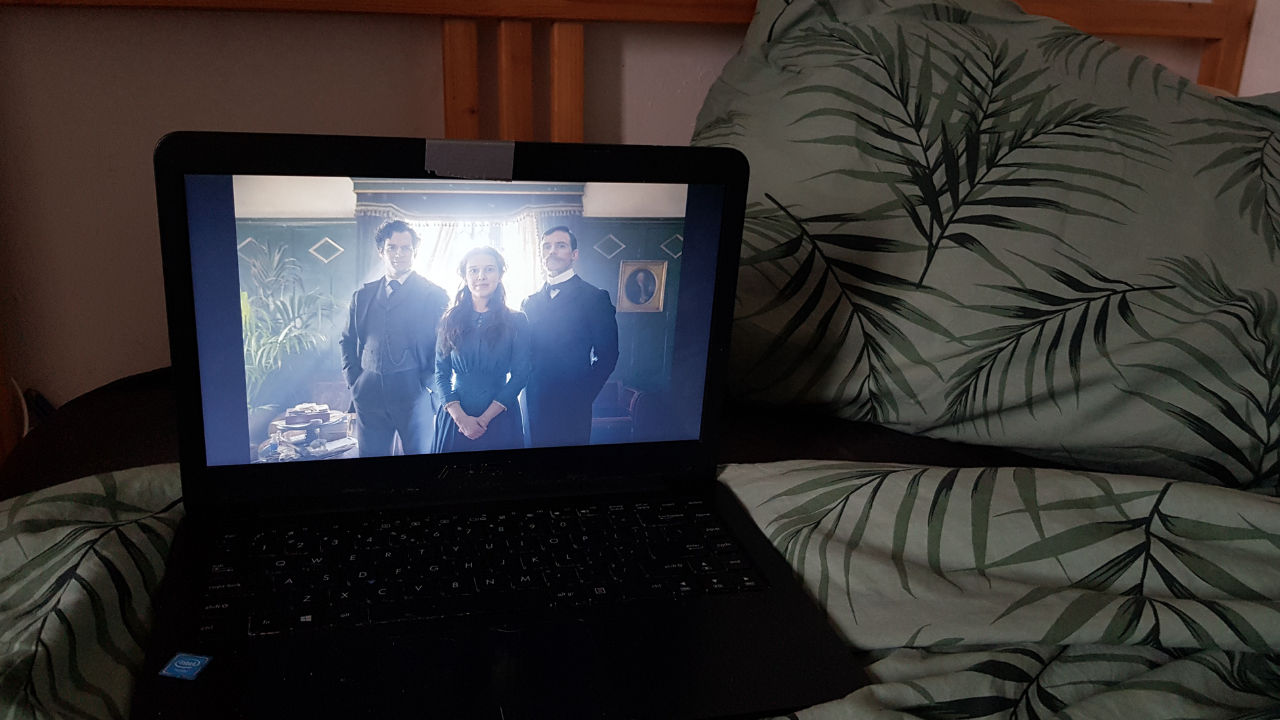 When Enola Holmes (Sherlock’s teen sister) discovers her mother missing, she sets off to find her, becoming a super detective in her own right as she outwits her famous brother and unravels a dangerous conspiracy around a mysterious young Lord Tewkesbury

Okay, it was immediately clear that this movie was going to be different than other movies I’ve seen. Because Enola Holmes is talking to the camera a lot. Sometimes that can be horrible but in this case, I really liked it. Maybe it is the energy she is giving. Because now I want to watch more movies with Millie Bobbie Brown talking to the camera.

One thing is sure, Millie Bobbie Brown is only 16 years old and she is already an amazing actress. I know her from the Netflix series ‘Stranger Things’ but I liked her in this role too. I think she will have a great acting career. Some people are just ‘likable’ and she is one of them.

After watching this movie, I looked at this movie up on IMDB and there were a lot of harsh reviews. I am not sure why. First of all, they were comparing this movie to Sherlock holmes. Don’t do that. This movie is about the fictional sister of Sherlock Holmes. She is not her brother, although he makes an appearance in the movie.

Fun fact: Helena Bonham Carter plays the role of Enola’s mom. Which is super awesome because I loved her in the Harry Potter movies.