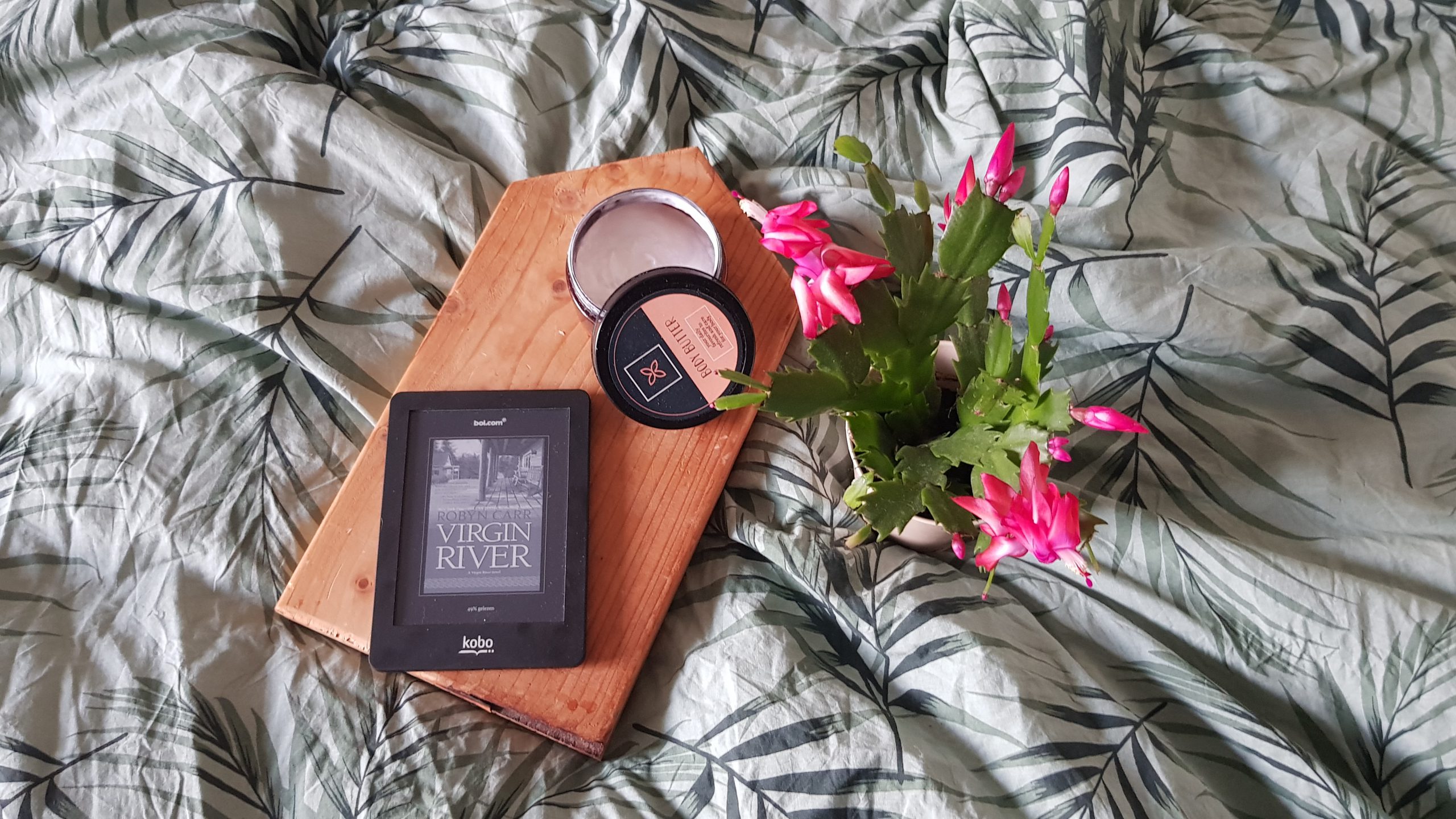 Welcome back to Virgin River with the book that started it all… Wanted: Midwife/nurse practitioner in Virgin River, population six hundred. Make a difference against a backdrop of towering California redwoods and crystal clear rivers. Rent-free cabin included. When the recently widowed Melinda Monroe sees this ad, she quickly decides that the remote mountain town of Virgin River might be the perfect place to escape her heartache, and to reenergize the nursing career she loves. But her high hopes are dashed within an hour of arriving–the cabin is a dump, the roads are treacherous and the local doctor wants nothing to do with her. Realizing she’s made a huge mistake, Mel decides to leave town the following morning. But a tiny baby abandoned on a front porch changes her plans…and former marine Jack Sheridan cements them into place.

Last December, I watched ‘Virgin River’ season 1 on Netflix and I loved it. I think it is really my favorite series on Netflix. And this week, season 2 is coming out and I kind of wanted to read the first book before s2 was coming out and so I did.

Because I watched the series first, At first, I was comparing this book to the series obviously. The story (between Mel and Jack) is almost the same except for a lot of details. So halfway in, I decided to stop comparing because it was different.

First of all, Hope McCrea had a big role in s1 and I secretely loved her. I know a lot of people hated her. But she barely appears in this book and there isn’t anything going on with Doc yet. Maybe that will happen in the next books, who knows. Even Mel’s story is a little bit different in this book. In the series, she lost her kid first and lost her husband later in a car accident. In the book they couldn’t get kids and her husband was shot by a burglar.
And the story of Ricky who falls in love for the first time with a fourteen year old girl is also different if you compare it to the series. Especially, because they are having sex right away. So to be honest, I prefer the series version of Ricky. He is still shy but he is a little bit smarter in the series.

But after reading this book, I think Netflix did a pretty great job translating this to the screen. Yes, the details are different. But I liked the storyline of Doc and Hope, Preacher and Ricky who falls in love for the first time. The book was great and I will read the others too, but the series is amazing too.