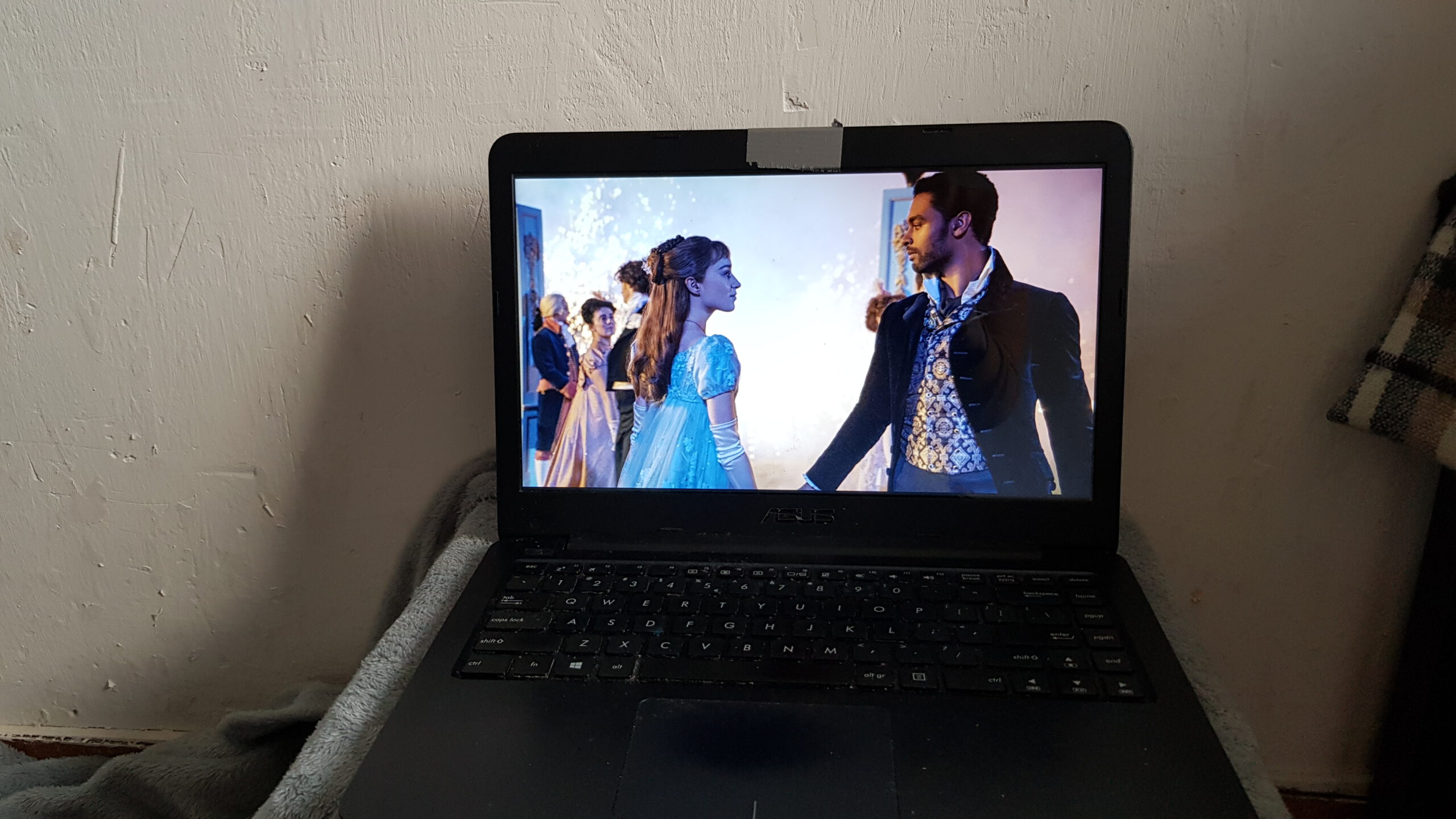 It is 1813 and Daphne Bridgerton wants to find the right man for her. Simon Bassett is a Duke but is not interested in marriage and getting children. But Daphne and Simon are helping each other. Simon is helping Daphne to look more desirable and Daphne helps Simon to look like he can settle. Simon is known as a rake.

Wealth, lust, and betrayal set in the backdrop of Regency-era England, seen through the eyes of the powerful Bridgerton family.

I was watching a Dutch entertainment show the other day and they were talking about this series. And they expected it was going to be a hit on Netflix. So I wanted to try it.
I remember I was not interested in costume dramas years ago until I decided to watch ‘Pride and Prejudice.’ Now that movie is one of my favorite movies of all time.

On 26th December, I started watching this series. I was taking time for myself, because as a half introvert (I see myself as an ambivert) I do like to take time for myself.
I wanted to watch one episode, just to see if I would like it. Well, a few hours later I was in episode 4 and I couldn’t stop watching it. This series is amazing!!

First of all, I thought it was pretty cool that the orchestra was playing very famous songs like ‘Thank U, Next’ by Ariana Grande and ‘Girls like you’ by Maroon 5. I thought that was weird but in a cool way. And that was just the first episode.

There are so many things I liked about this series: the actors are amazing, the costumes were pretty cool, the music, the setting, the narrating. This story is told by Julie Andrews (Lady Whistledown). I don’t always like it when they decided to do the whole narrating thing because sometimes it can get boring or annoying but this time was different. This time it was so interesting to listen to what Lady Whistledown had to say, so it was not boring at all.

At first, I had no expectations, but even if you have high expectations (after reading this blog perhaps), this series won’t let you down. Just try to watch one episode at least!

Warning: This series contains a lot of sex scenes, so this is definitely not for everyone (especially not younger kids).