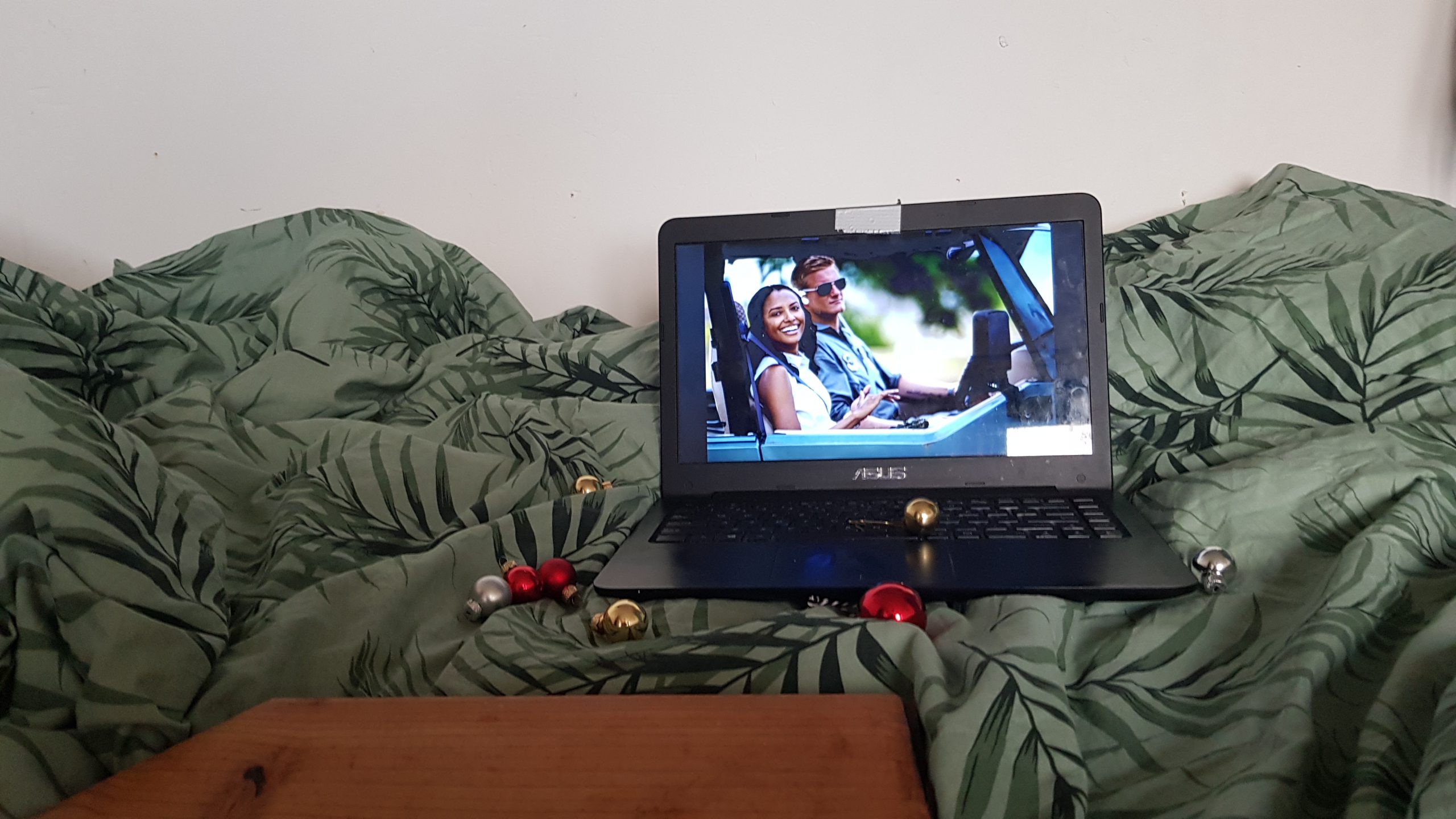 Congressional aide Erica (Graham) forgoes family Christmas to travel at her boss’s behest. At a beachside Air Force base, she clashes with Capt. Andrew Jantz (Ludwig), who knows her assignment is finding reasons to defund the facility.

Last year, Netflix released a Christmas movie called ‘Holiday in the wild’ and I remember that I wasn’t a big fan of it. Yes, it was set around the holidays, but they were celebrating it somewhere warm. Of course, people all over the world celebrate Christmas. But I am born and raised in Europe and Christmas here means snow and wearing cozy things. But on the other side of the world, you can basically celebrate Christmas, wearing your bikini. Which sounds crazy to me. I am not used to that. So yes, every time I see people celebrating Christmas and they wear shorts and other summer clothes (even in movies), my brain goes like: that is not possible. This is stupid but apparently, that is how my brain works.

So I never get that Christmas vibes from those movies and this movie were like that too. Okay, it had more Christmassy vibes than ‘Holiday in the wild’, which helped a little. But I was somehow waiting for snow on a tropical island. But on the other hand, people who live in the Southern Hemisphere can relate to this movie because they are used to celebrating Christmas outside (probably).

But Instead of focusing on the Christmas part, I decided to focus on the storyline instead. It was definitely a romantic movie. But this time, I also had a hard time liking the protagonists. I liked Kat Graham, who you might know as Bonny from The Vampire Diaries, but I had no connection with one of them. But again, that doesn’t mean you won’t like this movie.

Story beautiful though, everyone is donating their things to help poor people all over the world. That is a beautiful Christmas message. That is what Christmas is about in my opinion, helping other people in need.

Overall, it was not a bad movie, I just had no connection with any of them. This can happen obviously. You can’t like every single movie. But it wasn’t a terrible movie. So my advice to you is to try it and if you don’t like it after 30 minutes, stop watching it.